The Rush Job (In The Vintagent) 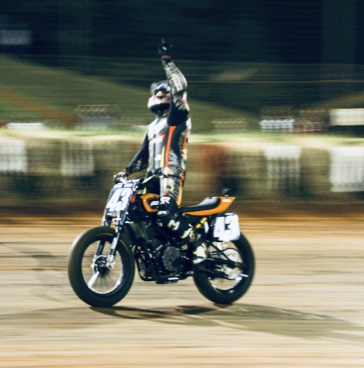 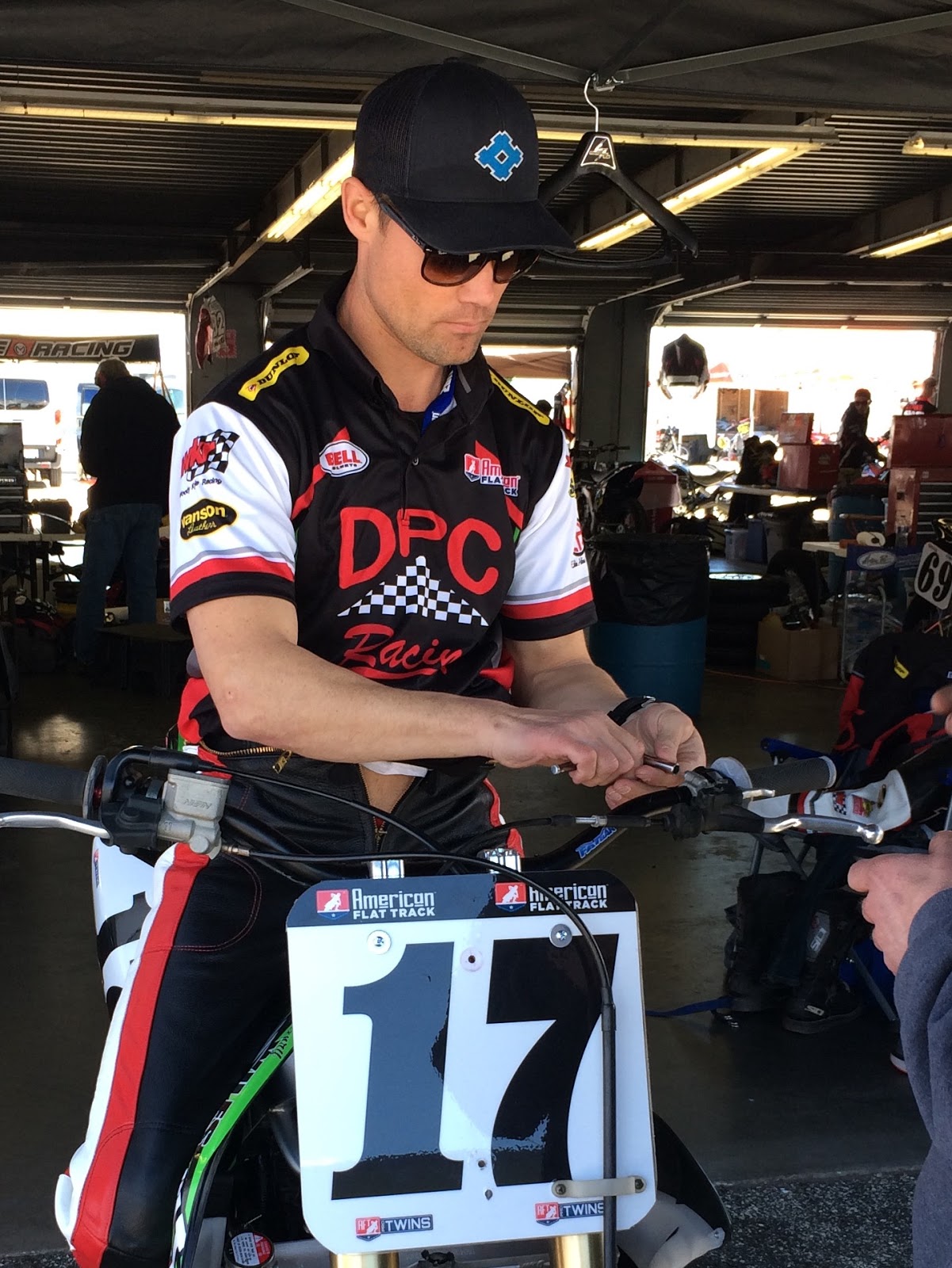 I thought I was all set for the half-mile in York, Pennsylvania.

But, my bike wouldn't fire after first practice.
I ran, I bumped and prayed, but no luck.
We traced it to a failed ignition coil.
No spare to be had so my day was done.
Disappointed was an understatement.
Flat trackers don't cry-right?
I was thinking about just heading home.
Why not stay and watch the races?
Lots of Pennsylvania Posse fast guys
there like Jared Mees & Jake Shoemaker.
Someone said Henry Wiles was here too
but they said he only wins TT's.
Well, they must have forgotten to tell Wiles.
When the flag dropped,
he stormed off to a convincing win
on the pea gravel 1/2 mile.
I was walking through the pits after the dust settled.
I thought I was alone until
Henry Wiles yelled over to me,
'Hey, did you ever get your bike running?'
I was caught off guard because I didn't
know Wiles and was surprised he asked.
Keep in mind,
I'm just some old guy with a broken bike.
I'm not someone fast or famous.
We talked for several minutes and
he encouraged me to keep at it.
I mentioned that I was a writer and
perhaps I could write an article
on him in the future? 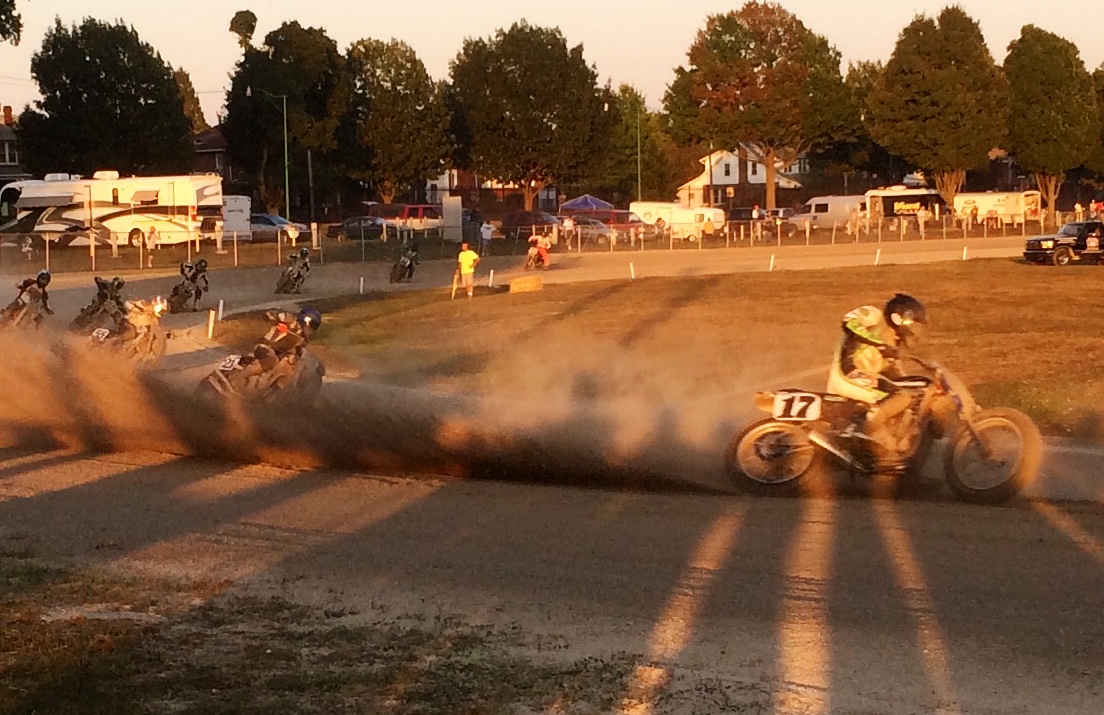 I wrote for an urban sport bike magazine.
They were not interested in an article
on a professional dirt track racer.
I kept badgering my editor for months before
he finally gave me the green light.
During the interview with Wiles,
I found we had common ground.
Both of us were newly divorced at that time.
For us, the night life wasn't the right life.
Hanging out in strip clubs or bars didn't appeal.
We wanted to go flat track racing
and hang out with our kids.
Being a good dad is important to Henry & me.
The article did well for the magazine even if
the editor wrote off the success,
saying it was only due to Wiles' being photogenic.
A few years later, I crashed short track racing,
breaking my collarbone and knocking myself out.
My brother blew his top when he found out
I  drove home with my arm in a makeshift sling.
He told me,
'I wasn't a bull rider and should quit flat track racing.'
Yeah, I know he cares, but it wasn't what I wanted to hear.
Later that day my phone rang.
The caller ID read 'Henry Wiles'.
He called to check up on me after
hearing about me crashing hard.
We had a few laughs but he sensed something was up.
He said I sounded down.
I told him about my brother wanting me to quit.
Henry said 'What do YOU want to do?'
I said I want to race flat track.
'Well, heal up and saddle up.'
Henry's words of encouragement gave me
the bump to keep at it. 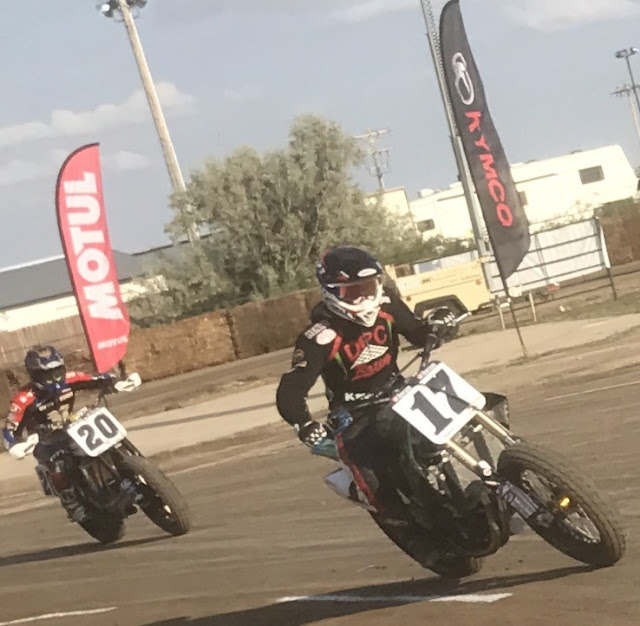 I'm hoping Henry rides the
recent surge of flat track popularity.
He is a good man and a  goldmine for the media.
Always has a funny or timely quote up his sleeve
and handle himself well in front of the cameras.
His impressive career speaks for itself.
Henry is a good man and would make a fine addition to a
high profile team or as a brand ambassador. 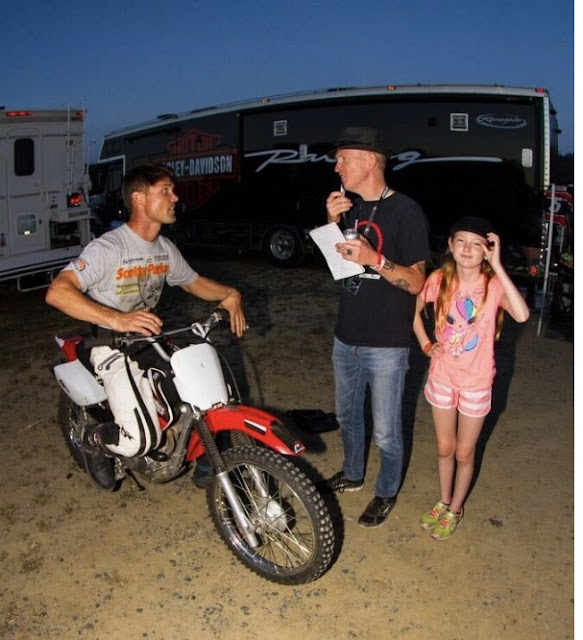 Archives from the Poet of Packed Earth